Hi and thanks for your interest!
I have summarized the current status of my smart home in a video:

Automated installation with the script

The script was made because of the need to offer more flexibility and customization options than a Hass.io installation.
A Hass.io image makes it easy for you, which is great, but simplicity usually comes with restrictions.
If you want to expand your system yourself without running another Raspberry Pi in parallel, this script will help.
First, necessary and useful programs and frameworks such as Docker, Python etc. are installed on the raw Raspbian OS.
Then NodeRED is installed natively (not as a Docker container). This brings some additional features and a simpler configuration without annoying workarounds.
In addition, Log2Ram (less SD card writing – longer life for SD cards), RTL_SDR software for e.g. 433Mhz sensors and rpiClone for simple backups can be installed directly.
Currently the script offers automated installation for the following programs – They come preconfigured and with some addons (your own extension is of course possible):

I myself do not use some of the programs. For example IOBroker, FHEM, HomeBridge or Openhab. So please don’t expect any answers from me on that..
Status November 2021

You want to set up your own Cloud at home? 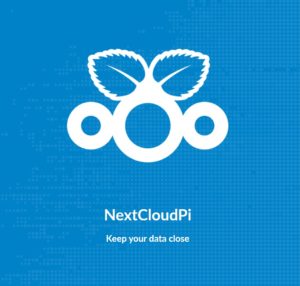 You want to build your own smart home?

But even if you just want to set up a data storage cloud (Nextcloud) for your home, it is possible with it.

If you get to Amazon.de via this page, ei23.de receives a small commission on your purchase.
With this you can support the ei23 project, without the purchase becoming more expensive!
Directly to Amazon.com

AliExpress Affiliate Links
[I get a small commission on your purchase, so you can support the project without it costing you more.]

>> Which devices and operating systems are supported?
Officially, I only test and develop for the Raspberry Pi 4 (2GB or more) with a fresh installed Raspberry Pi OS. It may also work on other systems, but I cannot offer any help for that. If the ei23 script has been installed on an existing installation on which you or an installation program has already installed other services and programs, problems can also arise that I cannot narrow down due to the almost infinite possibilities.
I do not offer any help or solutions for this either, because it is and will remain a DIY project and not a service with warranty claims.

>> I installed a program myself, now another one no longer works!
Maybe a double usage of network ports? Have a close look at the docker-compose.yml (in home/pi/ei23-docker).
Basically anything that is not installed via the script or a ei23 tutorial can cause problems (also there surely can be problems). DIY applies here!

>> Can you also include program XY in the script?
Possibly, if there are no conflicts with other programs and I find the time, yes.
However, it is recommended not to have all programs running at the same time, although the script offers it. There will be almost no one who needs OpenHAB, IOBroker, FHEM and HomeAssistant at the same time and then the Pi won’t have such a hard time 😉

>> How do I change the passwords and usernames?
You can do that with the script. Just run bash ei23.sh.

>> Which weather stations and 433Mhz can I integrate with the RTL-SDR DVB stick?
You can find a list on the project page .
Most unencrypted 433Mhz devices should work.

>> Is the transmission over unencrypted 433Mhz secure? What is the range?
No, unencrypted 433Mhz should be used for temperature sensors, weather stations, or for contact sensors in uncritical areas and you should be aware that the neighbor can theoretically log or clone / falsify signals.
So: know your neighbor 😉
The big advantage are prices and the wide range of products.
The connection quality of 433Mhz devices, most of the time, is only slightly better than WiFi with 2.4Ghz.
Wifi, on the other hand, is usually encrypted, but requires more power (when operated on batteries) and its more expensive.

>> How do I integrate cameras into MotionEYE and which cameras work
At ispyconnect there is a list of cameras with the corresponding URL for the video stream. This URL must be inserted in MotionEYE.
If there is a URL to the video stream, the probability is very high that the camera can also be integrated into MotionEYE.
There are good instructions on how to do this on the net, but I’ll also make a video about it soon.

>> Why don’t you create an image, wouldn’t that be easier?
Easier yes, but the script has many advantages:

>> I cannot configure Nextcloud or it does not start!
See above (program XY does not work) and Nextcloud Pi Docs . If that’s not helpful, video is coming soon.

>> When is a video about voice control / Axel coming!
In short: I’m working on it.
The voice control runs locally without internet, but it has its limits compared to Alexa / Siri / Google
For example all commands have to be predefined. That means sentences like: “Turn on the living room light” must be entered in Rhasspy and then “Turn on the light in the living room” would still not be understood. This requires NLP (Natural Language Processing).
Another problem is that connecting a Bluetooth speaker to the Raspberry Pi means a lot of manual configuration in Linux and Rhasspy and that for most probably means a big “STOP, NO TRESPASSING” sign.
I’m definitely making a video, but I’d like to improve it and it takes time.

About the used software

Software on the Raspberry Pi:

Software for DVB-T Stick and 433Mhz: